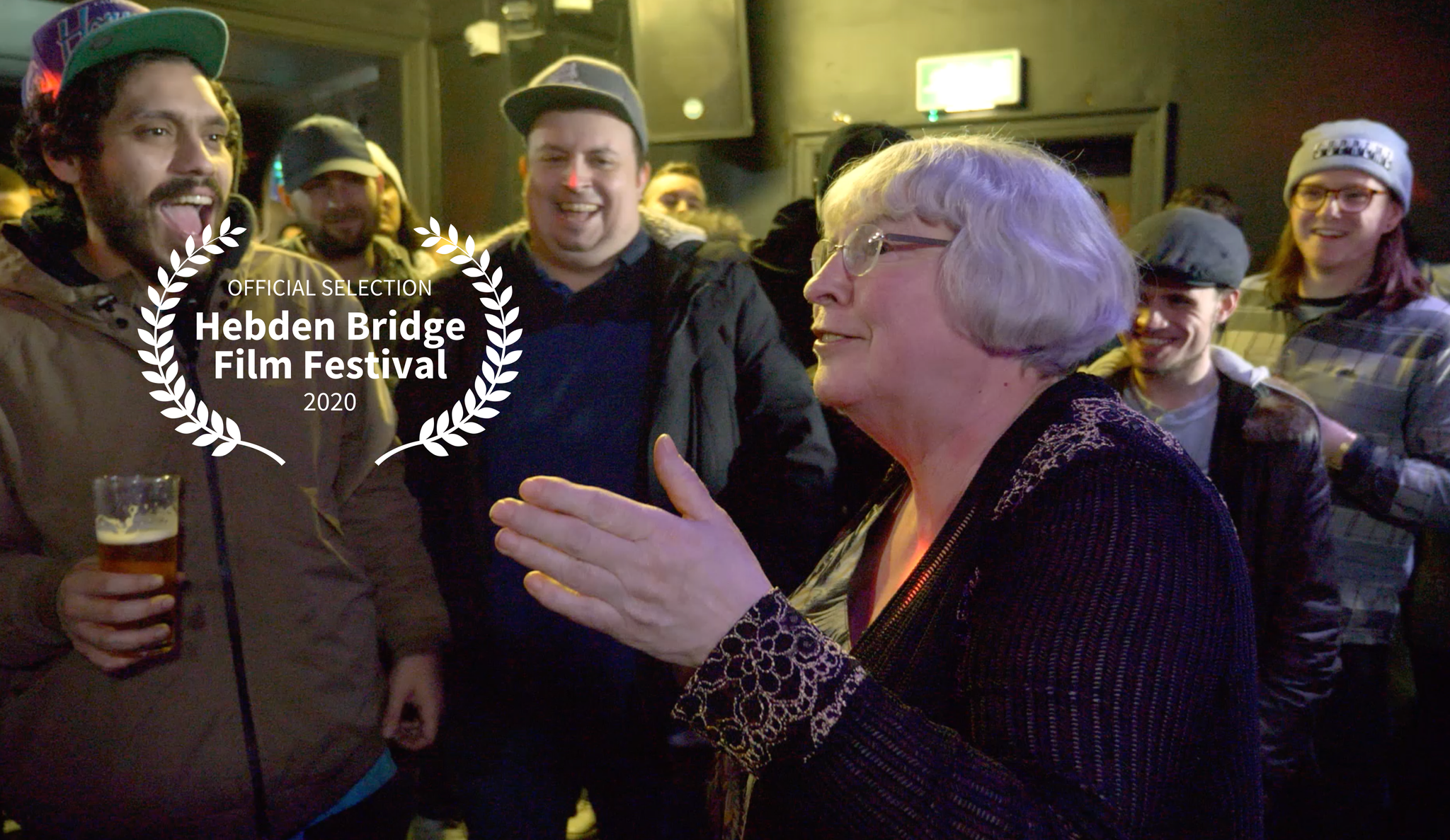 ‘Rapping nana’ to feature at this week’s Hebden Bridge Film Festival in a groundbreaking new production by Northern Heart Films.

Lancashire based Northern Heart Films are delighted to announce that their latest short film about the UK’s only OAP ‘rapping nana’ is having a 24 hour premiere at the wonderful independent Hebden Bridge Film Festival this Thursday night (19th November 12pm).

Despite the national lockdown the festival has been moved online and all 9 films, including ‘Joy Uncensored’, will now be free to view, but only for 24 hours!

‘Joy Uncensored’ is the story about spoken word artist Joy France, who featured on BBC Breakfast earlier this year, and her journey into the male dominated rap battling world to inspire those who are afraid of being their true selves and encourage

everyone, no matter their age, to start living life to the fullest.

The film’s Director Natasha Hawthornthwaite is delighted the screening is still going ahead, ‘It’s been touch and go planning to hold the Joy Uncensored premiere during a national lockdown but we’re just so pleased the world can finally meet Joy’

Co founder at Northern Heart Films Scott Bradley assisted with the filming, ‘When we went to Coventry to film the final scene; Joy’s real world rap battle with Blunt Ted, I had no idea what to expect, it was an incredibly surreal experience and I’m really

looking forward to seeing how people respond to Joy’s performance. Her journey has been really inspiring. I honestly have never filmed anything quite like it.’

Joy and Natasha will be appearing on a live stream Q&A at the festival on the 19th of November at 8.30pm to talk about the film and it’s your chance to speak to the creative duo.

Get your tickets here – www.ticketsource.co.uk/hebdenbridgefilmfestival

Another Northern Heart Films production ‘Freedom of the Moors’ which is a tall tale of the construction of Darwen Tower is also being screened at the Kendal Mountain Film Festival from the 19th of November and is also featuring at HOME’s Filmed Up on the 2nd of December.

Looking to the future Northern Heart Films are going from strength to strength honing in on their documentary filmmaking skills in the North. The company has been granted some production funding to begin their next project (Finding ‘Appiness) and are looking to collaborate with an editor from December 2020 to March 2021.

If anyone would like to contact the team for more information on this paid opportunity please visit www.northernheartfilms.co.uk/editor