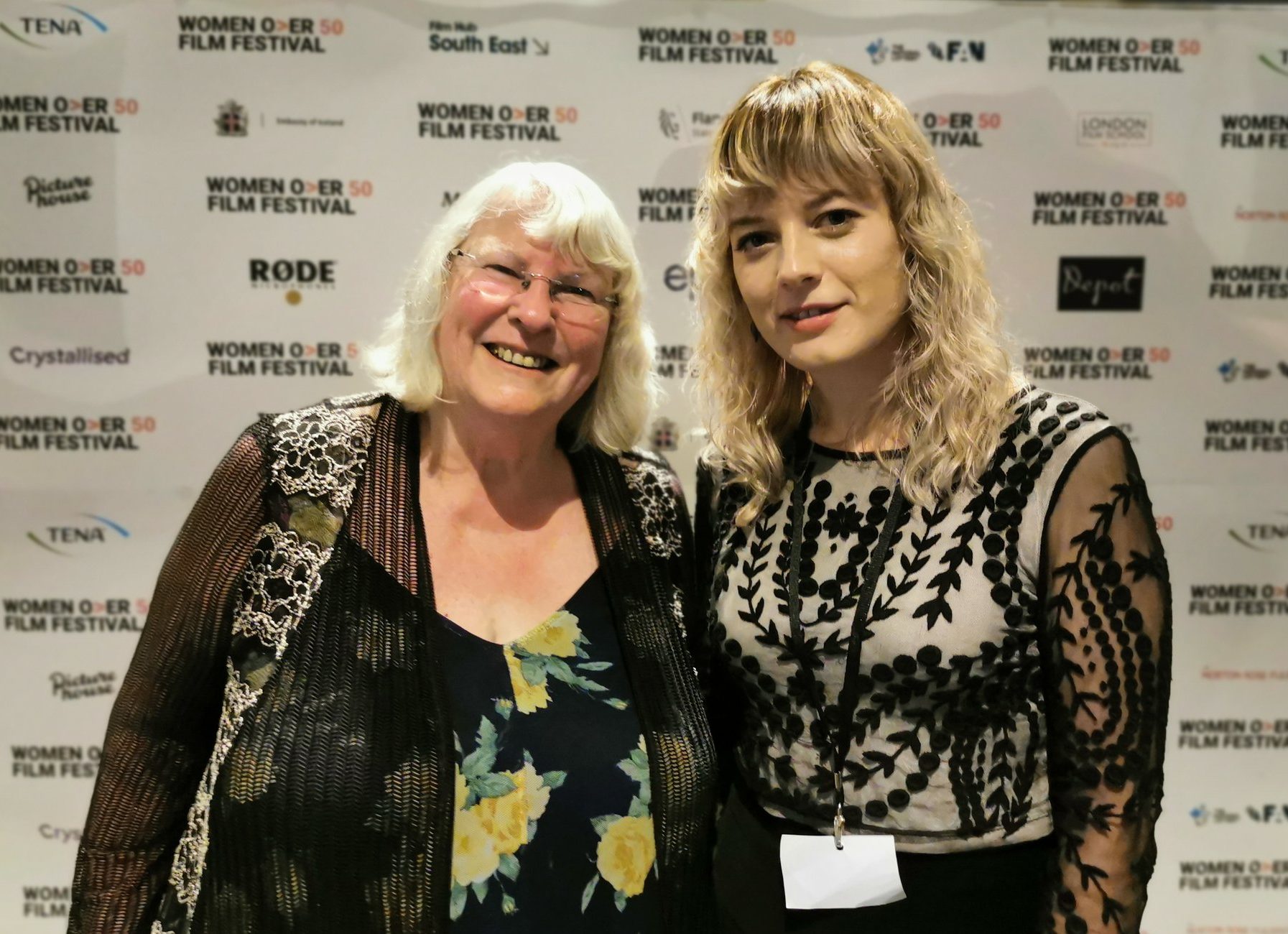 We have some fantastic news to share today! Our short documentary ‘Joy Uncensored’ has won Best Documentary at the Women Over 50 Film Festival over the weekend. This is a huge achievement for our film and a colossal breakthrough for us as filmmakers to be recognised and ultimately win an award at a Film Festival that operates on an international level, showcasing the best films from various countries. This award celebrates its winners with some great gifts from prize sponsors including, Crystallised, London Film School, Mother’s Ruin Gin, Picturehouse Cinemas, RØDE Microphones, Shedunnit Productions, and TENA.

The Women Over 50 Film Festival kicked off from 25th September to the 2nd October. Our Creative Director and Director of ‘Joy Uncensored’, Natasha, made an appearance on the Festival’s last day alongside the star of the film, Joy France. Joy had her own part to play in the event by sharing her incredible talents as she gave a powerful poetry performance for the festival-goers as part of the celebration of older women in film. Northern Heart Films want to wish Natasha a huge congratulations for this awe-inspiring win! The judges of the festival commended the film as a “gem of a documentary” in the nature of its story-telling and one woman’s exceptionally brave creative odyssey in later life.

“We started this journey four years ago and It’s great that Joy’s story is being recognised at an International Festival, the reception towards Joy and her story was incredible, people were even thanking her for being so brave”

For Natasha, it wasn’t just winning the award that made the evening special, rather sharing the experience with Joy herself was a magical and emotional moment for the pair. The making of this film has been an incredible four-year journey and it’s safe to say that Natasha and Joy are no longer just ‘director’ and ‘contributor’ but they have both found a friendship in one another and will always be big supporters of each other’s creative work.

Behind the Scenes | News