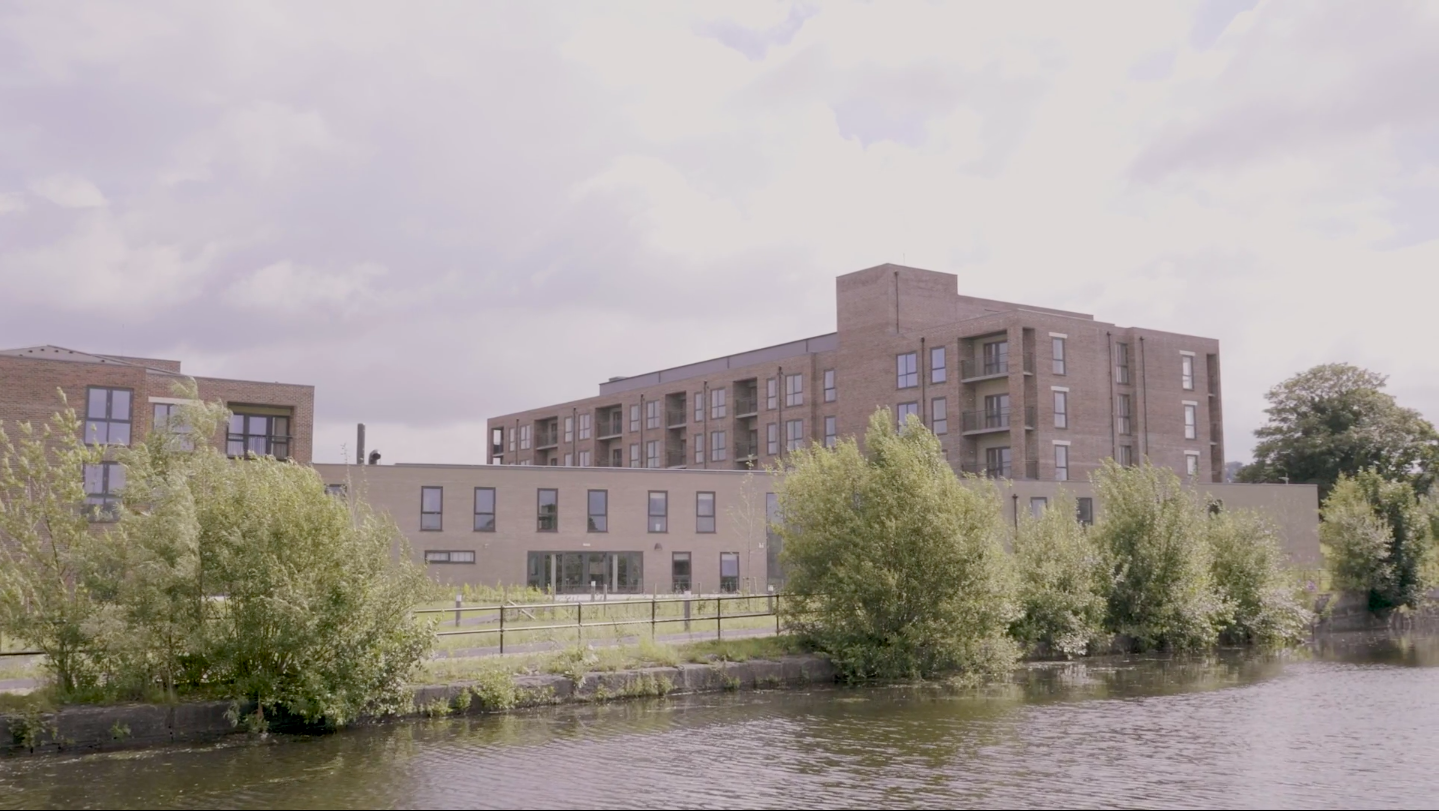 We’re thrilled to finally announce one of our previous projects, ‘Albion Mill’, commissioned by Blackburn with Darwen Borough Council. Albion Mill is a mixed extra care scheme run by a collaboration of people such as nurses, rehabilitation teams, different kinds of therapists, and volunteers who will offer care and support to residents in a housing environment. We visited the redevelopment of the former Albion Mill in Ewood, during its nearing completion period in July 2021.

“We managed to produce a video which enables all the different partners working at Albion Mill to showcase their services. Scott and Natasha helped to get the best out of people and communicate their messages clearly. I would recommend them to work with the NHS and other care agencies.”

One of our biggest challenges for this project faced us with the question, “how do we make a facility that isn’t open yet look like it’s fully operational? We had some of the staff and volunteers reenacting situations that were nuanced to how the facility would operate at the time of opening. We placed them in the facility in different environments. They were non-actors, so we encouraged them to reenact real-life situations, read, drink cups of tea, and do gardening so that the social activity in the film would feel as natural as possible.

To further reimagine this empty space, we had a sound design and mix. As the facility was silent we added in some sound effects of movement to recreate the effect of people so that the film sounded like it was already a functioning facility.

We used a gimbal to create movements in the wide shots. This adds a level of cinematic details that really establish the luxurious feeling throughout the building. We used close up details with shallow depth of field to showcase the beautiful details that are on offer. The purpose of this facility is that it’s supposed to feel like a home away from home for its residents and our client wanted this to translate into the film. Therefore we were keen to accentuate the details of the luxury cushions and beautiful lighting throughout the space.